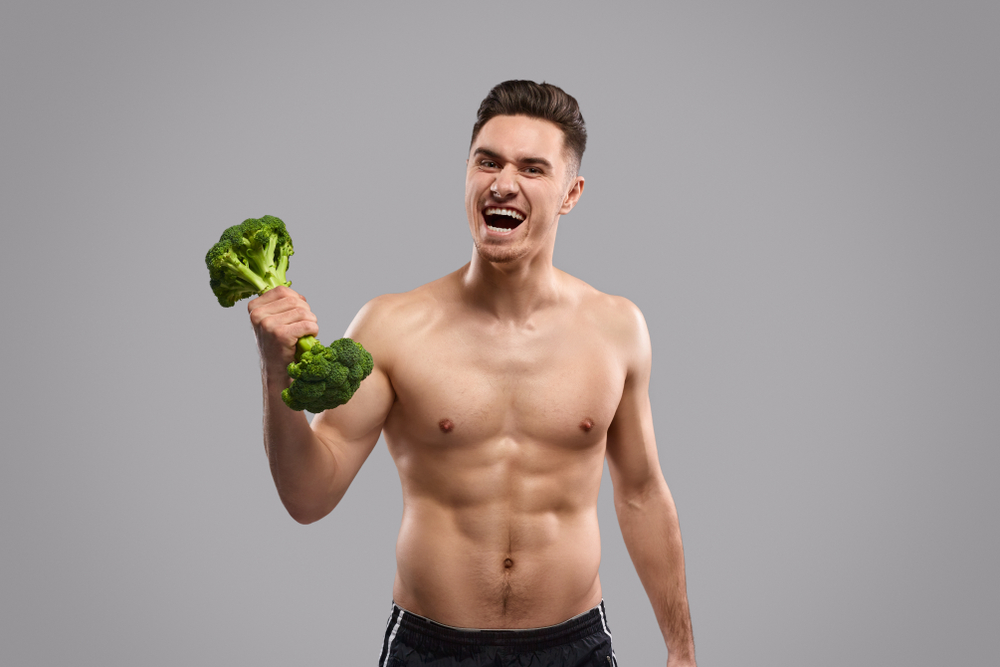 Can you build muscle on a vegetarian or vegan diet?

One of the biggest myths surrounding vegetarian and vegan diets is that they cannot supply enough protein for optimal performance. But this simply isn’t true. Thanks to documentaries like The Game Changers and the growing list of high-profile sportspeople who attribute their recent success to the benefits of a plant-based diet – Chris Froome, Venus Williams, Scott Jurek, Tom Daley, Adam Peaty, David Haye and Lewis Hamilton to name a few – the popular image of a weak vegetarian or vegan athlete has been buried. Even Arnold Schwarzenegger has joined the ranks of converts.

Anecdotally, there’s plenty of support for the performance benefits of a vegetarian or vegan diet. Converts claim to have had increased energy, faster recovery, less illness and fewer injuries since giving up meat. Veganism, it seems, has become not only acceptable but even desirable. But what does the science say? Can you really build muscle on a vegetarian or vegan diet?

When it comes to health, vegetarian and vegan diets may have several advantages over a typical diet with meat. They are associated with a significantly lower risk of heart disease, certain cancers, hypertension, obesity and  increased longevity. Conceivably, such benefits could also confer a performance advantage. However, whether these benefits are due to the absence of meat, or to a lower intake of saturated fats, an increased intake of plant foods, fibre and phytonutrients, or the adoption of healthier lifestyle behaviours such as physical activity and avoidance of excessive alcohol has not been proven.

But researchers have suggested that plant based diets may help athletes optimise performance  due to their high content of carbohydrate, antioxidant and phytonutrients. The latter two components may help reduce exercise-related oxidative stress and inflammation, and improve immune function, which could theoretically enhance recovery.

To date, only a handful of studies have looked directly at the effects of a vegetarian or vegan diet on performance. These suggest that excluding meat from your diet does not harm your strength or endurance.

Contrary to what many believe, it is entirely possible to get enough protein on a vegetarian or vegan diet. Yes, athletes generally need more protein than the general population – between 1.2 and 2g/ kg body weight/ day or in the region of 20g (or 0.25g/ kg of body weight) of protein per meal –  but you can obtain this from many foods other than meat: dairy and egg (for vegetarians) , beans, lentils, chickpeas, peas, tofu, whole grains, quinoa, nuts and seeds.

The big question is whether plant proteins are as good as animal proteins for building muscle? The evidence points to plant protein sources being less efficient at building muscle than animal proteins. This is partly due to their lower concentrations of essential amino acids (EAAs), in particular leucine, and their lower digestibility. Leucine is an important trigger and substrate for protein synthesis. However, you can compensate for the lower anabolic properties of plant protein by

A vegetarian or vegan diet needs more planning but it is perfectly possible to obtain enough protein to build muscle and optimise performance without eating meat. The key is to eat a variety of plant proteins, including beans, lentils, soya products, nuts, seeds, whole grains. This doesn’t necessarily have to be at every meal, but spread over the course of the day. There are limitless possibilities of plant protein combinations, including:

According to the Academy of Nutrition and Dietetics, vegetarian and vegan diets can supply enough protein – including all the essential amino acids – to support good health. While some vegan diets may be lower in certain nutrients such as vitamin B12, iron, zinc and calcium, this can be overcome by appropriate planning.

How much protein should you eat after exercise?

1 surprising reason NOT to have a protein drink