Flapjacks are hard to beat when it comes to healthy pre-workout snacks. The combination of oats, nuts and dried fruit provide sustained energy, so you’ll be able to train harder and keep going longer. Add whatever dried fruit takes you fancy and you have a super-nutritious flapjack!

Put the olive oil spread, peanut butter, sugar and honey in a non-stick saucepan and heat together, stirring from time to time, until the mixture has melted. Remove from the heat.

In a large bowl, mix the oats, cinnamon, nuts and dried fruit. Add the melted mixture and mix until thoroughly combined.

Transfer the mixture into the prepared tin, level the surface and bake in the oven for 20–25 minutes until golden brown around the edges but still soft in the middle. Leave in the tin to cool. Turn out and cut into 16 squares with a sharp knife. 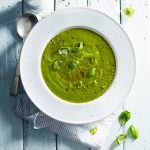 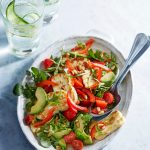