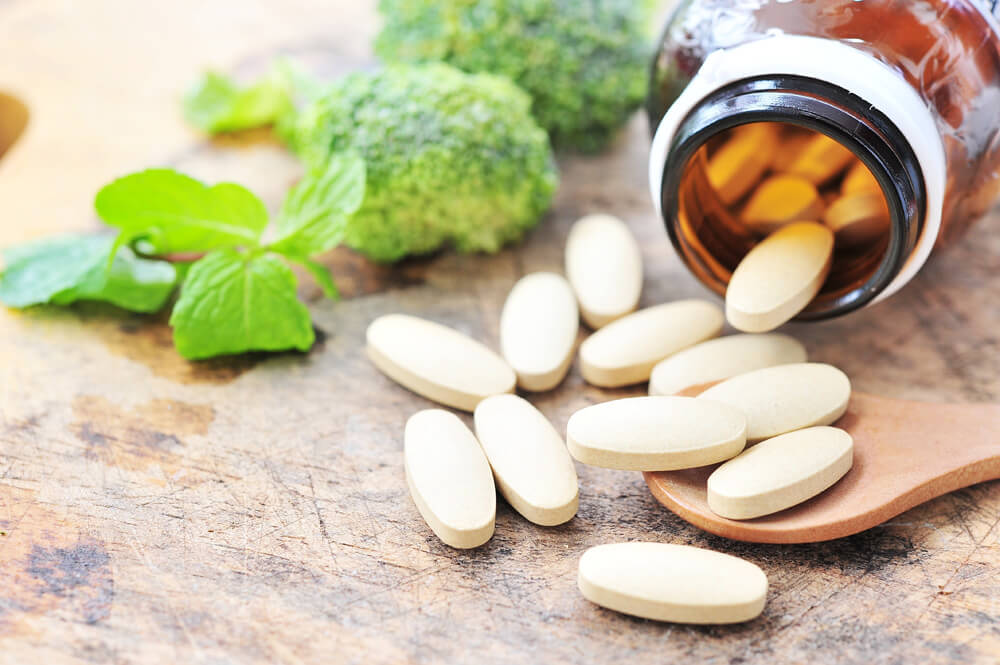 With so many sports supplements promising performance gains, sorting the proven from the mere placebo is baffling at best. Here, I’ve sifted through some of the most popular supplements for athletes and put them into three categories. This article (part 1) covers supplements supported by solid evidence. Part 2 covers supplements that may be worth considering and those that have no or limited benefit.

The sports nutrition market is awash with tablets, powders and potions promising performance gains. Some of them are very eye-catching; a nutritional improvement, if it works, is a relatively easy gain – no extra work required, just a small financial outlay. But most of us also realise that many, if not most, supplements overpromise and under-deliver. There’s no replacement for a well-balanced diet and strategic nutrient timing around training. Nonetheless, sports supplements are widely used by athletes at every level of the sport. According to a recent consensus statement by the International Olympic Committee, there are a few products that are supported by robust research and may offer performance or health benefits.

Vitamin D is important for muscle function, bone health and healthy immunity. A study of 50 competitive male road cyclists found the majority had low levels of vitamin D, putting them at greater risk of injury and respiratory infection.  In tests on a group of footballers who were given either a vitamin D supplement or a placebo, researchers found that, after eight weeks of training, the supplemented group showed significant performance improvements compared to the placebo group. However, taking vitamin D if you are not deficient will not boost performance. Your GP should be able to test your vitamin D levels; or you could buy a test kit from a private provider such as Forth Edge (www.forthedge.co.uk) or Medichecks (medichecks.com); if yours is less than 50nmol/L, then you will benefit from supplements (100mcg or 4,000IU per day is the upper limit). Sports endocrinologist Dr Nicky Keay recommends athletes maintain levels of at least 90nmol/L. If testing is not available to you, Public Health England recommends taking a daily 10mcg supplement during autumn and winter – and it won’t do any harm all year round.

Caffeine has been studied for 100 years. Its is a stimulant that acts on the brain, blocking the action of a brain chemical called adenosine that normally makes you feel tired. Caffeine therefore increases alertness and concentration and lowers perceived exertion, making exercise feel easier. Studies show caffeine enhances endurance performance, shaving an average of 3.2% off of athletes’ finish times, as well as sprint and power-based events. You only need 1–3 mg/kg to get a performance boosting effect, which is less than once believed (6 -9 mg/kg). For a 70 kg cyclist, this would be 70 – 210 mg, equivalent to a double expresso, 2 – 4 caffeine gels or 1 – 3 cans of energy drink. Since the caffeine content of coffee is variable, many athletes prefer to take it in tablet form. Consume it 30–60 minutes before you want the desired effect, either before an event or towards the end of it when you need an energy boost. It stays in your bloodstream a long time – it’s half life is around 5 – 6 hours, meaning that you’ve only managed to clear half of it out of your body by then. Individual responses vary and not everyone performs better with caffeine. Experiment in training, not on race day, to find out the dose and timing that works for you.

There’s a solid base of evidence to suggest that beetroot juice – a rich source of nitrate – can improve endurance performance in events lasting 12–40 minutes as well as repeated sprint performance. It increases levels of nitric oxide in the body, which is a potent vasodilator, meaning it helps to dilate blood vessels, improve blood flow and aid oxygen delivery to muscles. It improves muscles’ efficiency in using oxygen, reducing the oxygen cost of submaximal exercise to such an extent that endurance rises by up to 15% (equivalent to a 1% improvement in a time trial). Cyclists given 500ml beetroot juice 2 ½ hours before a time trial race improved their performance by 2.8% in a 4km race and 2.7% in a 16.1km race. It seems to reduce the rate of fatigue, making it useful for anyone performing endurance or high-intensity interval exercise. Not all studies have produced positive results, though. Elite athletes seem to gain a smaller benefit from beetroot juice than recreational athletes.  A study published in the International Journal of Sports Nutrition and Exercise Metabolism found that pre-run beetroot juice made no difference to 5km running performance.

The ideal dose is 300–600 mg nitrate, equivalent to one or two x 70-ml beetroot ‘shots’, taken two to three hours before exercise. But a 3 -7 day ‘beetroot loading’ phase may be needed to produce an ergogenic effect in more highly trained cyclists, according to a recent Danish study . Alternatively, you may prefer to consume nitrate-rich foods, such beetroot, rocket, celery, spinach and lettuce. Avoid using antibacterial mouthwash, as this removes beneficial bacteria in the mouth that convert some of the nitrate to nitrite and thus reduces the benefits of beetroot juice. As for side effects, there’s a harmless, temporary, pink colouration of urine and stools.

Beta-alanine is a non-essential amino acid that may enhance sprint performance and benefit performance in events ranging from 30s to 10 minutes, or those involving repeated high intensity efforts (e.g. resistance training, team- and racket-sports). Taking supplements increases carnosine concentrations in the muscles, which increases buffering capacity and helps offset the build-up of hydrogen ions during high-intensity anaerobic exercise that results in fatigue. So, beta-alanine supplements may help delay the onset of fatigue, increase exercise capacity and increase high-intensity performance. The optimal dose is 65 mg/kg body weight/day, or about 3.2 – 6.4g/day, but is best utilised when taken in several smaller doses (e.g. 0.8 – 1.6g every 3 – 4 h) over a 10- to 12-week loading period to minimise the likelihood of side effects such as paraesthesia (skin tingling). Recreational athletes usually gain greater benefits than elite athletes.

If you have been diagnosed with iron deficiency, then you’ll benefit from iron supplements. Symptoms include persistent tiredness, fatigue, above-normal breathlessness during exercise and loss of endurance and power. Your doctor can carry out a simple blood test (that measures ferritin, haemoglobin, iron and haematocrit) and will prescribe supplements if you need them. However, if you’re not deficient, you should not take supplements above the Recommended Dietary Allowance as high doses cause side effects such as constipation.

Deficiency of vitamin B12 is a particular risk for vegans, as it isn’t found in plant sources. Lack of B12 can result in anaemia and impact adversely on endurance performance. The Vegan Society recommends taking a supplement containing 10 micrograms of B12, or including vitamin B12-fortified non-dairy milk alternatives, yeast extract or breakfast cereal. Vegetarians can find vitamin B12 in eggs and dairy products.

Boosting muscle creatine levels enables you to sustain all-out effort longer than usual and recover faster between sets. For this reason, it’s favoured by track sprint cyclists – no studies have demonstrated a significant benefit for endurance cyclists. A review of 22 studies concluded found that creatine increases maximum strength by an average 8%, and endurance strength (maximum reps at a sub-maximal load) by 14%. There are several forms of creatine, but creatine monohydrate is the most effective and well-researched form. It can be taken as a five-day loading dose (four x 5 g per day) or 2–3 g per day for four weeks, followed by a maintenance dose of 2 g/day. The only side effect is weight gain due to extra water in the muscle cells.

This article originally appeared in Cycling Weekly on 23 April 2020

Part 2 covers supplements that may be worth considering and those that have no or limited benefit.

Sports supplements – a risk too far?