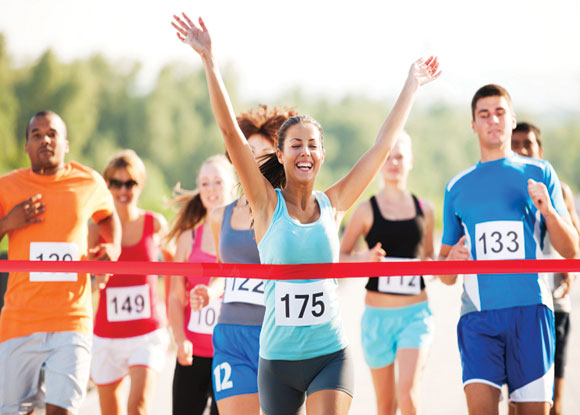 Why Your Gut Health is Vital For Sports Performance

Your gut health has a huge impact on many aspects of your health, including your sports performance and recovery.

There’s a growing body of research suggesting many of the benefits of exercise – both physical and psychological – may be attributable to changes in the composition and function of your gut microbiota (the trillions of bacteria, yeasts, fungi and viruses that live in your digestive tract). It’s thought that elite athletes have a unique make-up of gut microbes that are part-responsible for their superhuman performances.

A study led by researchers at the University College Cork in Ireland, found that the gut microbiota of elite rugby players was significantly more diverse than that of non-athletes. More recently, researchers were able to identify differences in the composition of the athletes’ microbiota sorted by type of sport. This matters because increased microbial diversity is linked to better immunity, higher resistance to upper respiratory tract illness, and lower rates of obesity. This can also have a knock-on effect on digestion, weight, mood and chronic disease risk. In another study, scientists at the University of Illinois at Urbana-Champaign, found that 6 weeks of endurance exercise improved the diversity of volunteers’ gut microbes. When they stopped exercising, their microbiomes reverted to what they had been at the start of the study. These studies provide compelling evidence that exercise can induce changes in the gut microbiota independent of diet.

But can changing your microbiota through diet help you become a better athlete? A review of studies published in 2020 suggests that the gut microbiota may influence performance and having a more diverse microbiota may be more beneficial. The exact mechanisms are not fully understood but it is likely that there are several indirect effects that result in a performance-boosting effect. A review of 33 studies with athletes concluded that the gut microbiota plays a key role in controlling oxidative stress and inflammatory responses as well as improving metabolism and energy expenditure during endurance exercise. With better immunity, you’re less like to suffer illnesses and gut problems that can hamper your training.

What to do to improve microbial diversity?

The best way to increase the diversity of your gut microbes – and gain a performance advantage – is to eat a wide range of foods rich in fibre, polyphenols and prebiotics. These provide ‘food’ for your ‘good’ gut microbes so they can grow. There are many types of fibre and the more types you eat the greater the benefit.

Building a healthier gut microbiome may be the best solution for runners who find themselves running for the portable toilets mid-race or doubled up with cramps during or after a run. Gut problems, often called ‘runner’s tummy’ or ‘the trots’ are surprisingly common, particularly in those who run long distances. It is estimated that 30 to 50% of endurance athletes experience symptoms such as diarrhoea, an overwhelming need to evacuate your bowels, abdominal pain and cramping, belching, bloating, nausea, heartburn, flatulence and vomiting. In a study of recreational runners, 43% reported symptoms in the 7 days prior to a marathon and 27% during the race.  It’s not an issue many like to talk about openly but it’s one that’s surprisingly common among endurance athletes.

We don’t know for certain why this happens but it’s likely linked to reduced blood flow to the digestive organs during high intensity exercise (known as gastro-intestinal ischemia). During exercise blood is diverted away from digestive organs to the muscles and in order to provide the increased requirements. Unfortunately, this results in the gut slowing down, reduces the gut’s ability to absorb nutrients and increases the permeability of the gut, all of which can lead to gut symptoms. In addition, the physical ‘jostling’ of the intestines during running and increased levels of stress hormones (due to anxiety before a race) affect gut motility and this can further exacerbate the condition.

Certain foods and drinks may irritate the gut, for example high intakes of fibre, fat, protein or fructose. Dehydration or consuming a drink that is too concentrated in carbohydrate, can also trigger symptoms.

Running has also been linked to ‘leaky gut syndrome’. This is a controversial area but it is thought that the gut can become more permeable during intense exercise. Cells lining the intestinal wall move apart a little and let potentially harmful bacteria and food antigens into the bloodstream, triggering mid-run bowel problems.

To alleviate the problem, keep a food and symptoms diary to help you identify any trigger foods or drinks. Common culprit foods include high-fibre foods, cruciferous vegetables (such as cabbage, cauliflower and broccoli), beans, lentils and caffeine. It’s possible to ‘train your gut’ by consuming carbohydrate foods or drinks during running.  Start with very small amounts, say half a banana, then gradually increase the amount and frequency. This helps increase the number of carbohydrate transporters in your gut so that you become better able to digest and absorb carbohydrate during exercise.

Recent research suggests that probiotics may help alleviate the problem. A study at Liverpool John Moores University found that runners who took a probiotic supplement for 28 days before a marathon experienced fewer and less severe gut symptoms compared with those who didn’t take supplements.

How to Fuel for a Marathon

9 Nutrition Tips for Running a Marathon