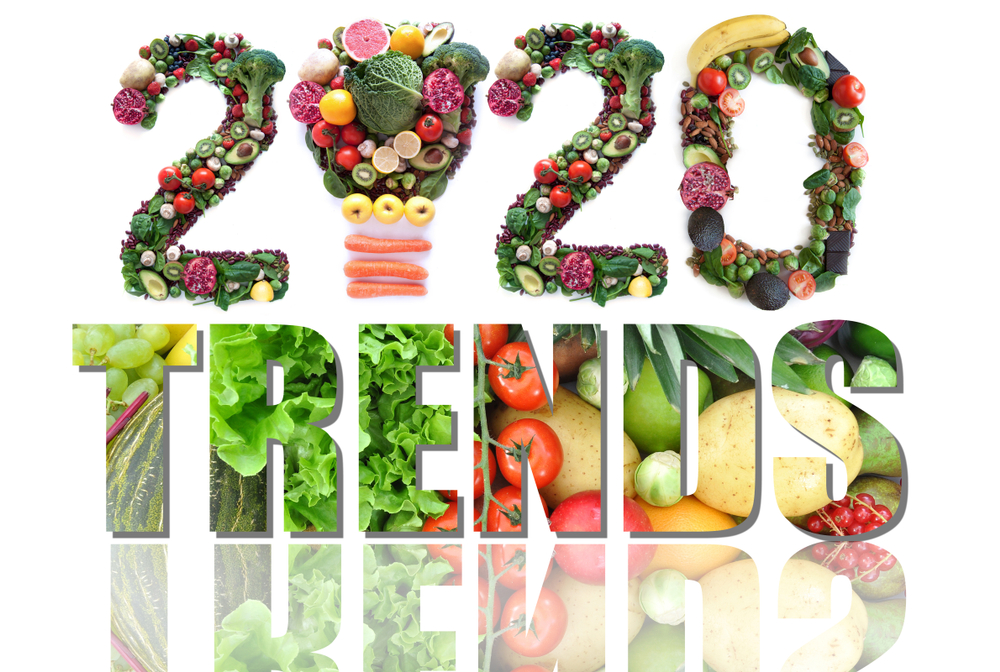 The start of a new year always gets me thinking about the nutrition and food trends for the months ahead. Now, with a new decade to look forward to, here are my predictions for what you can expect to be eating in 2020:

The vegan trend will continue for 2020. One third of the population  have already cut out or cut down on meat. Red meat sales have declined by 4 – 6% last year while sales of plant-based alternatives rose by 18%. The number of vegans in the UK has quadrupled over the past 5 years to more than 600,000, a number that’s likely to grow during the next month as more people try the Veganuary challenge. Last year 250,000 people signed up to Veganuary, more than 200 plant-based products were launched and as this year’s campaign gets underway, 47% participants say they are committing to staying vegan after January. If you’re  thinking of joining them this year, here are my top nutrition tips for vegetarian and vegan athletes.  Vegan or not, we could all benefit from eating less meat and more plant protein in the form of beans, lentils, soya and nuts.

In 2020 we’ll be seeing plant milks, such as oat, cashew, almond and coconut milk, take an ever-greater share of supermarket shelf space. But, except for soya, these milks naturally contain very little protein and lack the micronutrients (calcium, B12, iodine, riboflavin and vitamin D) found in cow’s milk. This means they aren’t a like-for-like recovery replacement for athletes. Some brands, such as Alpro and Oatly, fortify their milks but not all  brands do. In 2020 we’ll be seeing higher-protein plant milks made from yellow split peas (e.g. Mighty Pea), enriched milks (e.g. Plenish), as well as ice creams and yogurt made from oat milk (e.g. Oatly).

Fad diets and fast weight loss regimes will lose popularity in 2020 as people consider new ideas about what and how they eat. Instead, expect to see more flexible and sustainable concepts like intuitive eating and the non-diet approach.  These new ways of eating reject many of the tenets of conventional diets such as the concept of ‘good’ and ‘bad’ foods.  The focus is on natural body cues to build a healthier relationship with food instead of food restriction.

There will be continued popularity of fake meats, plant-based products designed to look and taste like meat. These include vegan sausage rolls and burgers oozing with beetroot juice;  ‘steaks’, ‘bacon’ and even ‘duck’ made from soya; ‘pulled pork’ and ‘chicken’ nuggets made from jack fruit; beef, chicken and pork substitutes made from seitan (processed wheat gluten); and all kinds of meat look-alikes made from Quorn. Fast food restaurants KFC, Greggs, McDonalds, Pizza Hut, Subway and Burger King have recently unveiled new meat substitutes on their menus while supermarkets including Waitrose, M&S and Aldi have ramped up their vegan ranges.

While such innovations hold zero appeal for me (I think it is counter-intuitive to eat products mimicking meat), they are satisfying a growing number of people who want to cut down on their meat intake but still have the experience of eating a similar product without the moral and environmental dilemmas. Its worth knowing that many fake meats use highly processed ingredients and have a very high salt content, so aren’t as healthy as many people imagine.

It will be cool to be kind in 2020. According to research from supermarket, Waitrose, 17 per cent of us say we cook for others more now than we did five years ago – whether baking for a charity event or fete, making food to help friends or family, or taking cake to work for colleagues.

How to Avoid Christmas Weight Gain