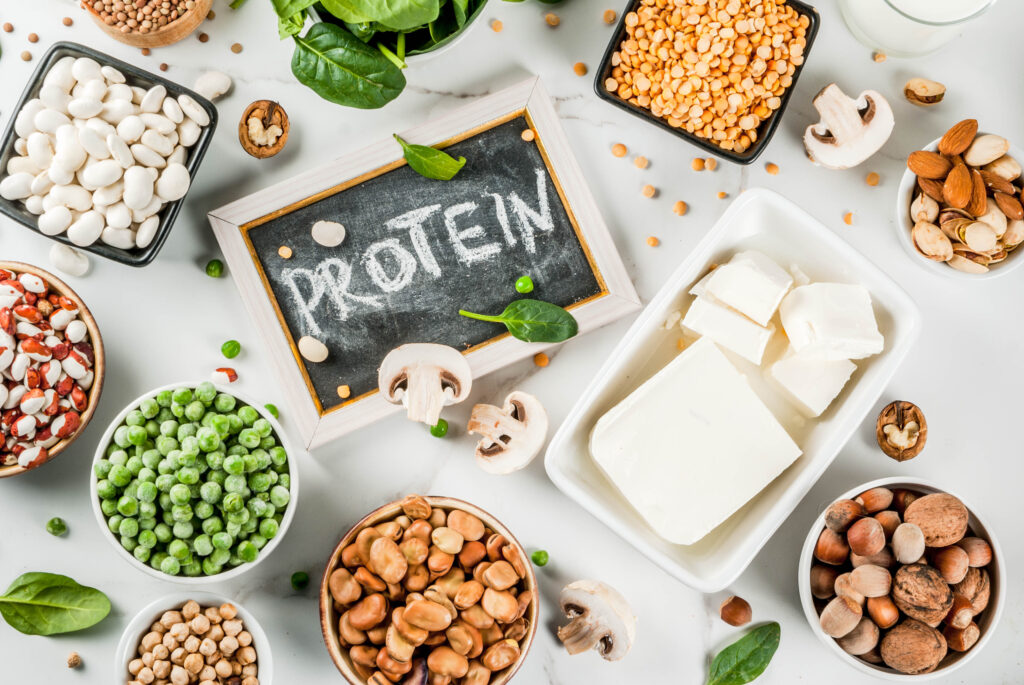 ‘Where do you get your protein?’ is probably the most common question every vegan gets asked. And none more so than athletes and regular exercisers. Dietary protein is needed to repair muscle cells damaged during intense exercise as well as to build new muscle proteins. But can you get enough protein from plant-based foods for optimal performance and recovery?

How much protein is considered optimal?

Regular exercise increases your protein requirement to the tune of 1.2 – 2 g per kg of body weight per day (vs 0.75g for the general population), depending on the type, intensity and duration of your activity. Studies suggest that 20 – 25g per meal is the optimal amount of protein to promote muscle protein synthesis (MPS) following resistance training. However, you may need around 40 g in your post-workout meal if you have done a whole-body resistance workout (as opposed to legs-only) or if you are over 60. Additional protein helps counteract the anabolic resistance that occurs as we get older.

How can vegan athletes get enough protein?

When you cut meat or animal products from your diet, you also eliminate a primary source of protein. Therefore, you will have to put more thought into how you will reach your protein goals using plant-based sources.

The key is to develop an understanding of amino acids, the building blocks of protein. There are 20 amino acids in the human body, but only 9 of these are essential, meaning they must come from the diet.

Contrary to popular belief, plant proteins do not need to be combined in each meal in order to achieve an adequate intake of amino acids. The body has a pool of amino acids, which it draws upon and uses as required.

In other words, a vegan diet can provide enough protein as long as a variety of plant protein sources are consumed and energy intakes are adequate.

Are plant proteins as good as animal proteins for building muscle?

Until recently, plant proteins were considered less effective for building muscle than animal proteins owing to their lower amino acid concentration. Indeed, studies show that soya protein produces a smaller MPS response in the immediate (3 – 5 hour) post-exercise period  than animal proteins. This is likely due to its lower leucine concentration. However, MPS following resistance exercise can last for 24 hours or more, so it is more meaningful to look at longer term muscle mass gains.

A meta-analysis of nine long-term studies (longer than six weeks) found that plant proteins are as good as animal proteins for increasing strength and muscle mass, provided you eat enough of them. The researchers found that soya and whey protein supplements produce similar gains in strength and muscle mass following resistance training. There was no difference in bench press, squat strength or total lean body mass gains between those consuming whey and those consuming soya supplements.

These results support the findings of a previous meta-analysis, which found that provided you hit a minimum threshold intake of 1.6g/ kg/ body weight, the protein source (soya vs whey) makes no difference to your strength and muscle mass gains. More recently, a study at the University of Sao Paulo and McMaster University compared gains in leg muscle mass and strength between vegans and omnivores consuming 1.6g protein/ day for 12 weeks (Hevia-Larraín et al., 2021). Researchers found no difference in gains between the groups, suggesting that plant proteins are just as effective as animal proteins for building muscle provided you consume enough of them.

Which are the best protein sources for vegan athletes?

You may be surprised to learn that many grains, such as pasta, bread and oats, are also valuable sources of protein. Even green vegetables such as broccoli supply a few grams. So, if you were to eat a portion of pasta (9g), beans (9g) and broccoli (4g), then you will be getting 22 g protein – the amount deemed optimal for muscle building. 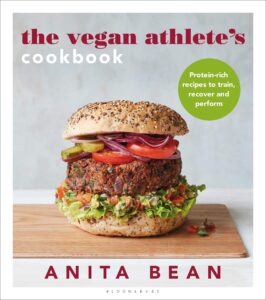 If you enjoyed this article and want to find out more about food and nutrition, as well as some easy and tasty meal inspiration, then my new book, The Vegan Athlete’s Cookbook is now available from Amazon, Waterstones, Bloomsbury and other booksellers.

What every athlete needs to know about protein

Should I take protein supplements?